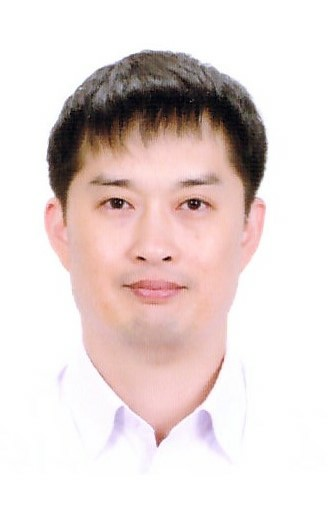 In this set of projects, I leverage geospatial event data to explore the microlevel dynamics of political violence. What role can violence at the local level serve in advancing broader political ends? What explains patterns of action and reaction between actors engaged in different types of political violence? How do the differing roles the UN peacekeepers play affect the likelihood that rebel fighters will target them?

Do rebels target civilians as part of the process of establishing control in their territories? This research note shows that transition periods after rebels gain territorial control are remarkably violent for civilians. Speaking to the civilian victimization and rebel governance literature, we investigate the immediate time period after rebels successfully capture and hold territory. We argue that rebels use violence to gain compliance in newly captured territories until they are able to build up local capacities and institutions for peaceful governance. To test this argument, we draw on methodological advances in integrating event data and combine multiple datasets to study patterns of violence perpetrated by the Revolutionary United Front in Sierra Leone from 1997-2001. The findings of our spatiotemporal analysis show that civilian targeting increases in the period after rebels capture territory from the government compared to areas without territorial takeover, suggesting that life under the roof of rebels is initially more dangerous for civilians.

Despite the wealth of academic research on United Nations (UN) peacekeeping operations, we know remarkably little about the causes of violence against peacekeepers. The dramatic increase in peacekeeper casualties over the past decade make this omission particularly problematic. This article demonstrates that violence against peacekeepers stems from strategic motivations. Peacekeepers in multidimensional PKOs serve as substitute providers of governance and security, working to bolster perceived state capacity and legitimacy in areas where the government cannot send its own forces. Insurgents target peacekeepers in expectation of a PKO unit’s capacity to win over the support of local civilians. We argue that insurgents rely on three primary heuristics to predict the downstream efficacy of peacekeeping forces: personnel composition, peacekeeper nationality, and local levels of insurgent control. We test our theory using an original dataset of geocoded UN multidimensional peacekeeping deployments peacekeeping deployments. Using primary documents sourced directly from the UN covering 10 multidimensional peacekeeping operations from 1999-2018, we present comprehensive time-series data on UN peacekeeper deployment location. We ﬁnd preliminary evidence that peacekeepers are targeted because of their cultural similarity with noncombatants and, in some cases, because they patrol areas where insurgents have political control.

Research in political science has shown that UN peacekeeping operations are an important tool for ending civil war violence. However, much less is known about how UN peacekeepers affect civilian victimization. Given that civilians bear the primary costs of intrastate conflict, understanding how international actors can contribute to the resolution of violence affecting them is a pressing concern. How does the presence of UN peacekeepers affect civilian victimization? We address this question by offering a straightforward empirical test of how UN peacekeeping patrols affect the likelihood that there will be violence against civilians. We build on the existing literature and established practices of peacekeeping to argue that peacekeepers deter violence against violence. To test our argument, we examine the case of Mail, the site of large-scale communal violence managed by UN peacekeepers since 2013. We employ a Geographic Regression Discontinuity Design (GRDD) around the border of Mali and Burkina Faso to estimate the causal effect of deploying peacekeepers to an area with growing communal tensions. Ultimately, our research provides robust causal evidence that UN peacekeeping works at the local level to protect civilians.

Why do governments respond to terrorist attacks with repression, given that terrorism typically produces insignificant damage, and repression often increases popular support for terrorists? This study argues that governments use repression in response to terrorist attacks for both strategic and opportunistic reasons. Strategically, attacks may signal that terrorists are destabilizing the government’s control of its territory. Since state power is endogenous to the territory it controls, these losses may precipitously weaken the government and make it vulnerable to internal and external challengers. Governments therefore turn to violence in an effort to maintain territories that are critical to maintaining power. On the other hand, the specter of destabilization allows opportunistic leaders in quasi-democratic regimes to repress political adversaries and retain office indefinitely in the name of fighting terrorism. We find support for these hypotheses using data on African, Asian, and Middle Eastern states from 1992-2010.